Rosalyn is an ST3 specializing in general surgery and based in the North of Scotland. She has completed a number of remote and rural posts during her junior doctor training. Outwith work, Rosalyn enjoys getting into the Scottish hills and is also a Captain in the Army Reserves.

Rosalyn Shearer from NES on Vimeo. 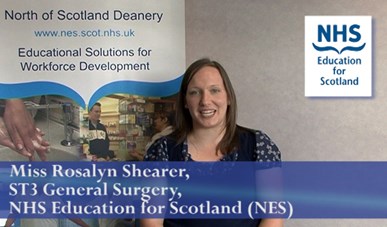